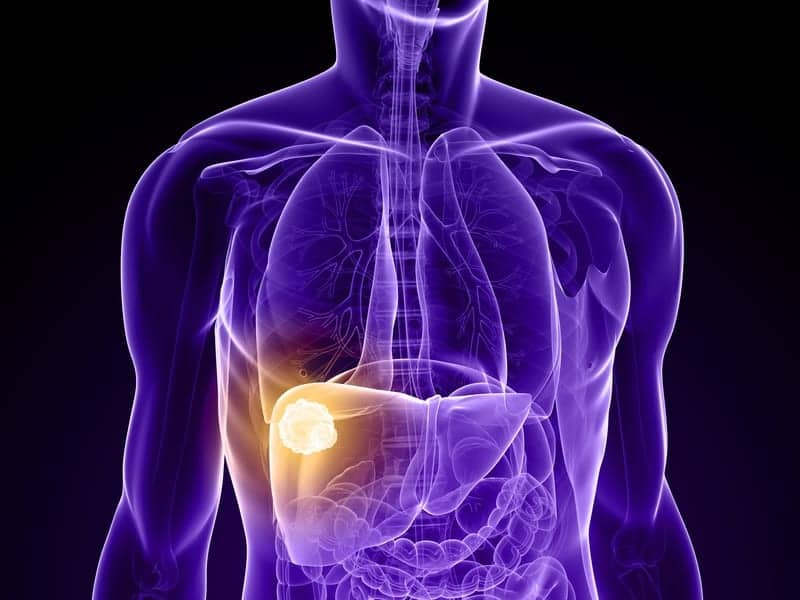 Primary liver cancer is on the rise worldwide, largely due to an increase in hepatitis C infections and chronic liver disease. Liver cancer is also hard to treat—it kills 750,000 people a year worldwide, making it the second deadliest type of cancer behind lung cancer. Current treatments include a targeted radiation therapy delivered with the help of radiation-emitting glass beads.

New research shows that this treatment can be augmented by infusing microbubbles—small gas bubbles surrounded by a lipid shell—into the liver, and popping those bubbles by ultrasound, in a first-in-human pilot clinical trial of the combined therapy. The findings of this study were published in Radiology.

“This approach has shown to be effective in preclinical studies using animal models of other solid tumors like bladder, prostate, and breast cancer,” says John Eisenbrey, PhD, associate professor of radiology and lead author of the study. “This is the first work to demonstrate this approach is safe and shows promise in humans with liver cancer, which is very exciting.”

About 15-25% of patients with advanced disease are recommended a treatment called trans-arterial radioembolization, whereby radioactive glass beads are inserted into blood vessels the liver, and the radiation emitted provides a therapeutic dose to the tumor, destroying it. However, the extent to which the radiation can penetrate liver tissue is limited, and tumor response is highly dependent on distance from the radioactive beads. By combining microbubbles with TARE, the synergistic approach reduces the dose of radiation needed to kill blood vessels in the tumor and increases the effectiveness of treatment.

“The microbubbles themselves are found in commercially available ultrasound contrast agents,” says Colette Shaw, MD, associate professor and interventional radiologist, and the lead clinical author of the study. “The procedure to get the microbubbles into the tumor involves similar techniques used to access blood vessels.”

When the microbubbles are hit with the ultrasound wave, they start to vibrate and with stronger waves, they burst. The sheer energy of these tiny explosions causes physical and chemical damage to the blood vessels of the tumors, making them more sensitive to radiation. By targeting the ultrasound to exactly where the tumors are, the researchers can burst or destroy the bubbles right where the radiation beads are and achieve highly localized sensitization

The pilot study enrolled 28 patients who were randomly assigned to two treatment groups—trans-arterial radioembolization alone (TARE) or radioembolization and ultrasound-triggered destruction of microbubbles (TARE+UTMD). The team first evaluated the safety profile of the microbubbles – they observed no changes in vital signs like body temperature, blood pressure, and heart rate in patients receiving UTMD. Importantly, UTMD did not compromise liver function and there were no additional side effects of the combined approach.

The team also found that patients receiving the combined therapy were also more likely to receive a liver transplant, which offers the best chance for long term survival for patients with cirrhosis and liver cancer. These patients also lived longer, and required fewer retreatments compared to those receiving TARE alone.

“Even at this early stage, we’ve been able to show a significant improvement in tumor outcomes with this combined therapy,” says Shaw. “Looking ahead, we are enrolling more patients to demonstrate key benchmarks in the promise of this approach.”

“Our findings are really setting the stage for a whole range of studies to be done in humans,” says Eisenbrey. “This approach could be effective in treating metastatic liver tumors, but also other types of primary cancer. The bubbles themselves can also be engineered to deliver chemotherapy or oxygen as they burst. This is really the tip of the iceberg.”

This work was supported by NIH R01 CA238241. The ultrasound scanner used in this study was provided by Siemens Healthineers for research purposes. The authors report no conflict of interest. 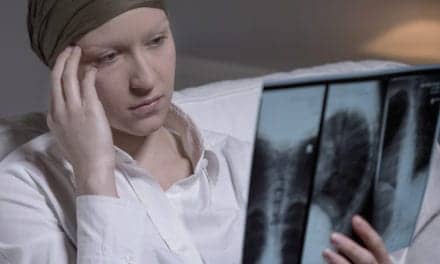 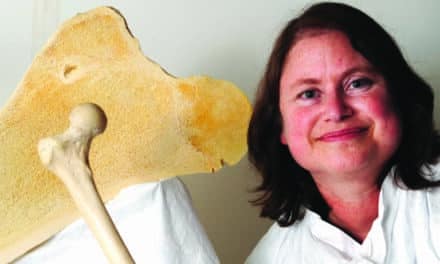 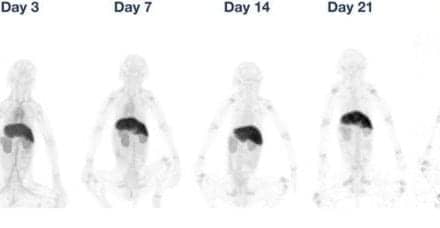