Since it was first used in clinical practice, ultrasonography has been appealing because of the relatively low cost, the portability of the equipment, and the ease of use. Its indications continue to expand, as new technology such as endoscopic scanners come on line, and it is displacing more expensive modalities in some situations. For example, a study at three trauma centers showed that routine use of ultrasonography in patients with multiple blunt injuries reduced the proportion of patients undergoing CT scans from 52% to 36%.1 A team from the R. Adams Cowley Shock Trauma Center in Baltimore suggested that an abdominal and pelvic ultrasound scan and a urine pregnancy screen be given to all women of childbearing age who present to a trauma center are who might require x-ray imaging to avoid exposure of fetuses to toxic doses of radiation.2

This article focuses on three areas where the role of ultrasonography is changing: fetal imaging, carotid and aortic screening, and echocardiography.

Fetal scanning, particularly for Down syndrome, has been one of the most popular applications of ultrasonography. Studies have been performed in the first trimester, with nuchal translucency being the principal sign, or during the second trimester, when multiple indicators of trisomy 21 are sought. Both types of scans require special training, high-quality ultrasound scanners, and regular quality control, and not all affected fetuses can be detected.

Second-trimester scanning-“the genetic sonogram”-was thrown into turmoil last February, when an article in the Journal of the American Medical Association suggested that use of such scans to decide who should have amniocentesis would result in the loss of more fetuses through procedural complications than identifications of Down syndrome.3 The investigators, from the Department of Radiology at the University of California in San Francisco, collected 56 articles published from 1980 to 1999 describing 1,930 fetuses with Down syndrome and 130,365 unaffected fetuses. Although a thickened nuchal fold was associated with approximately a 17-fold increase in the risk of trisomy, the investigators calculated that 6,818 high-risk women would need to be screened for each case of the syndrome identified. “The overall sensitivity of this finding is too low for it to be a practical screening test,” they concluded. They also criticized genetic sonograms as causing worry in a large number of parents and leading to unnecessary pregnancy losses.

Even in high-risk pregnancies, the genetic sonogram is not always correct. Viora and coworkers of the Sant’Anna Hospital in Turin, Italy, reported on 2,119 pregnancies in which sonography and amniocentesis were performed because of maternal age or the results of biochemical assays. One or more of the six ultrasound findings associated with Down syndrome were present in 70% of the affected fetuses but were also found in 28% of the normal fetuses.4

The JAMA study was widely criticized. In a counterpoint article in the June issue of the Journal of Ultrasound in Medicine,5 John C. Hobbins, MD, and colleagues of the University of Colorado Health Sciences Center pointed out that many of the studies used in the analysis had been done with equipment that is outdated by today’s standards. Moreover, these commentators argued, “the most important outcome of using this screening paradigm is to diminish the possibility of Down syndrome, and, consequently, to reduce the number of invasive procedures?.” Moreover, the absence of markers on the sonogram “validly reassures far more patients than it falsely concerns.”

The issue became even murkier in November 2001, when France’s highest court ruled that a physician had to pay approximately $100,000 to a child born with Down syndrome after a sonogram found no abnormalities. The Syndicat National des Gynecologues et Obsetriciens de France has advised its members not to perform sonography routinely in pregnant women.

Ultrasound scans of the carotid artery and aorta are attracting much public interest. How useful are these studies?

The data on carotid artery studies are guaranteed to confuse the general public. In March 2000, the Atherosclerosis Risk in Communities (ARIC) study group reported that the intima-media thickness in the carotid artery was an excellent predictor of the risk of stroke over the ensuing 6 to 9 years.6 In October 2001, a report from the State University of New York at Buffalo found that Doppler ultrasonography was not enough by itself to define carotid artery stenosis.7 In their series, the positive predictive value (PPV) of ultrasonography for angiographic stenosis of 50% or greater in symptomatic patients was 80%. For asymptomatic patients, the PPV for a stenosis of at least 60% was 59%. The researchers concluded that ultrasonography alone should not be used to select patients for carotid endarterectomy.

The value of aortic scans, on the other hand, seems clear. In a British study of 223 men who underwent scans at age 65 with normal results and were followed with repeat scans at 5 and 12 years, none of the deaths was caused by an aortic aneurysm, and there was no significant increase in aortic diameter in the others. “If a national aortic aneurysm screening program is to be commenced,” the investigators concluded, participants with normal aortic diameters at age 65 could be “reassured that they are extremely unlikely ever to develop a significant aortic aneurysm.”8

The heart was one of the first organs to be examined by ultrasonography, and echocardiography has been a focus for the testing of new ultrasound technology. Numerous new methods are being introduced. In the hands of experts, stress echocardiography can demonstrate global and regional function of the left ventricle, regional wall thickness, and tissue composition and metabolic state. Direct comparisons with radionuclide stress testing have shown stress echocardiography to be somewhat less sensitive, especially in single-vessel disease, but more specific. Tissue Doppler examinations reveal blood flow velocity at various sites in the myocardium with high temporal resolution. Color-coded velocity maps can be generated for rapid regional assessment of systolic and diastolic left ventricular function. Contrast echocardiography, which can be performed at the bedside, can help define the endocardial border in difficult cases and improve the assessment of flow. The technique may prove useful for assessing myocardial salvage and for identifying technical errors during bypass surgery. Other new technologies are intracardiac imaging for the study of systolic function, valve stenosis, and regurgitation, which might become the standard means of assessing abnormal valves and a critical tool in the intensive care unit.9

The two dimensionality of ultrasonography has been a significant handicap in cardiology, and engineers, computer scientists, and cardiologists have been working for the past 15 years to create 3D echocardiograms. For some time, 3D echocardiograms were available only through extensive off-line manipulation of the data after the conclusion of the examination, but today, real-time 3D echocardiography is possible. In patients with congenital heart disease, 3D echocardiography provided information not available from the 2D studies in 36%,10 and in measurements of the left ventricular ejection fraction, 3D images were more accurate than 2D images, and there was significantly less interobserver variability in the interpretation.11

“We apply it to only a small percentage of our population,” he reports. “But once word got around that we had it available, we began having patients referred to us specifically for 3D examinations because it can perform studies that are difficult to do with 2D echocardiography or where 2D gives inconclusive results.

“Real-time 3D has some significant advantages,” Ahmad notes. “You can obtain everything you need within a minute, whereas 2D echocardiography takes several minutes because you need to acquire several views and several windows to complete the study. The other advantage is that you get everything simultaneously; you do not have to look at different views from different angles to learn what you want to know.”

Ahmad and his colleagues use real-time 3D echocardiography most often to examine patients for myocardial ischemia. Last year, they reported its use for dobutamine stress testing in 253 patients. The 2D and 3D studies showed excellent concordance in the assessment of left ventricular wall motion, but interobserver agreement was superior for the 3D studies. The mean time needed to acquire the scans in 3D at the peak of the stress response was less than half that needed for 2D scans. Significantly, in comparison with coronary angiography in 90 of the patients, real-time 3D echocardiography had a sensitivity of 88% in detecting coronary artery disease, as opposed to 79% for 2D scans.12

Ahmad also finds real-time 3D echocardiography to be valuable for guidance of interventional procedures such as pacemaker placement. Last September, they published a series of 63 ventricular biopsy procedures in 33 cardiac transplant recipients in which 3D echocardiography and fluoroscopy were compared.13 The ultrasound guidance proved highly effective, with improved localization of biopsy instrument placement, a feature the investigators thought might improve the efficacy of the procedure.

“There is no question in my mind but that real-time 3D echocardiography will become a standard technology,” Ahmad says. “There are two problems right now. One is the lack of understanding by the wider community of what it can do. The other is lack of money. The reimbursement has not been worked out, as the payors are looking at real-time 3D to see whether it tells you something you need to know. Once they see that it sometimes gives necessary information beyond what is available from 2D scans, real-time 3D echocardiography should become reimbursable.”

Amid all the excitement, one note of caution has been sounded about new echocardiography technology.

“Cardiologists have to be aware that due to the pro-technology bias of modern medicine, we, as physicians, are encouraged to trust, to use [and to buy] technologies far before their clinical incremental value has been shown,” wrote a team from the Institute of Clinical Physiology in Pisa, Italy.14 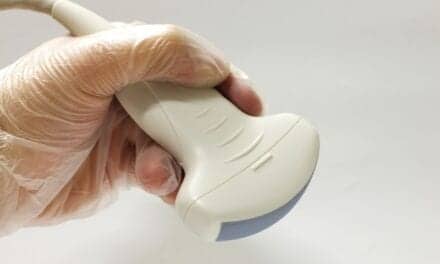 After This Ultrasound Technician Saw Her ‘Organs Were Smothered in Fat,’ She Lost 167 Lbs. 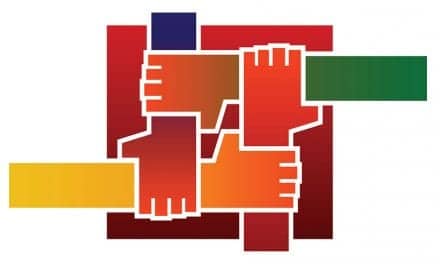 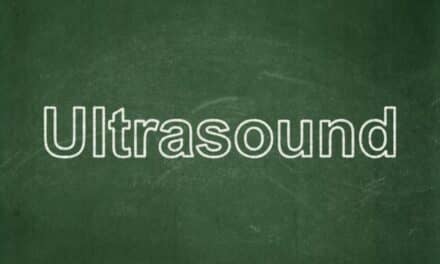