The cost concerns of managed care are creeping into every aspect of medical imaging, putting a greater emphasis on the use of lower-cost modalities for new applications to complement or replace more advanced and more expensive equipment. Perhaps nowhere is this more evident than in the area of small parts ultrasound.

Small parts ultrasound is, by most definitions, the use of higher frequency transducers (10 to 13 MHz) to image superficial organs and pathologies just below the surface of the skin (typically less than 8 centimeters). Depending on who you ask, that typically includes breast, thyroid, testicular, and musculoskeletal imaging.

“It’s all those little organs that I would use a 10 MHz transducer or higher to image,” says Richard Barr M.D., Ph.D., director of ultrasound and breast imaging in the Department of Radiology at St. Elizabeth’s Health Center (Youngstown, Ohio). “And because they’re superficial and don’t move, they’re the ones that are easier for a manufacturer to try out a new technology and techniques on.”

Transducing hardware
Improvements in transducer frequencies are perhaps the strongest factors driving the increased interest in small parts imaging. As the frequencies increase, the ability to gain clear, real-time images of superficial organs improves but so does the noise in the images.

It wasn’t until the early 1980s that higher frequency transducers came into use. Originally it was a 7.5 MHz product, then a 10 MHz transducer. Now it’s not unusual for sonographers to use a 12 to 15 MHz probe to image small parts and most ultrasound manufacturers offer a high-frequency option for small parts imaging on their system.

Also today, instead of a single row of elements on a transducer to receive the image, ultrasound manufacturers like Siemens offer “multi-dimensional arrays.” Doug Whisler, section head for market management at Siemens Medical Systems, Ultrasound Group (Issaquah, Wash.), explains that these transducers have a “matrix of elements on the surface which allows us to have a continual sweet spot through the elevation focus of the transducer. That gives us uniform beam profile instead of one that is shaped like an hourglass.”

Whisler says Siemens first offered multidimensional imaging on a 13 MHz transducer in 1998 and since then has migrated the technology to an abdominal probe. The cost of these advanced transducers can be up to 20 percent more than a traditional technology, but the use of such technology is growing rapidly and leading to expanded applications.

GE Medical Systems (GEMS of Waukesha, Wis.) is focusing some development on improving imaging in the elevational plane with its active matrix array transducers, such as its M112L, which is designed for high-frequency applications.

SonoSite expects the new transducer to expand applications for the hand-held system, including breast imaging, musculoskeletal imaging for physical therapy and sports medicine; small parts imaging to assess the thyroid, parathyroid and testes, and general near-field imaging; and interventional procedures, including line placements and biopsy guidance.

ATL Ultrasound (Bothell, Wash.) is preparing to release a 15 MHz transducer that can be used for very superficial applications including dermatological exams.

On the softer side
The technological advances aren’t in the transducer alone. As the frequencies in ultrasound advanced, the amount of noise in the images became an issue and it took sophisticated software processing programs to clean up the images.

“In general, it’s difficult to separate what is the transducer and what is the software, because it’s the software that drives the transducer,” says Tom Jedrzejewicz, director of technical programs at Acuson Corp. (Mountain View, Calif.). “We’ve learned not only how to image at 13 MHz, but how to process the signal so we can make lesions and abnormalities become more conspicuous.”

Palpable mass in the left breast shown by conventional imaging with a 12 MHz probe (left), and with ATL’s SonoCT (right).

One of the most important developments in this area has been the SonoCT package released by ATL late in 1999. The upgrade package to the HDI 5000 is called compounded imaging, because it combines nine different lines of sight in one. ATL’s senior director of clinical marketing, Jim Brown, says SonoCT has started with small parts and superficial applications, because it is easiest to improve image quality in these areas.

“By improving contrast resolution of tissues, we can make lesions more conspicuous than they were before and dramatically improve definition of edges and borders of lesions, especially in breast imaging,” Brown explains. “That will help you determine if this is more likely a benign or malignant lesion.”

A. Thomas Stavros, M.D., of Radiology Imaging Associates (Lakewood, Colo.), explains that technology developers have pushed the frequency and the bandwidth and the dynamic range so far in small parts applications that they’ve added a lot of artifact. And new image processing packages, such as coded harmonics, can rectify that problem.

“Most of the time we’re able to interpret the image through the extra artifact, but what coded harmonics and real time compounding have both accomplished tended to suppress the artifact and accentuate the real echoes to improve the signal to noise ratio,” Stavros says.

As an example, Stavros says, the increased frequency dynamic range and bandwidth have made a greater percentage of breast cysts appear to be complex, which requires aspiration. “New processing capabilities like coded harmonics and real-time compounding can clean out the artifactual echoes from a fair percentage of the cysts and return them to the simple cyst category and avoid the need for aspiration or follow-up,” he says.

Barr feels new packages that extend the field of view, such as Siemens’ SieScape and GEMS’ Virtual Convex Imaging, have advanced small parts ultrasound in some applications. Using computer algorithms, the systems combine stored images with new information to increase the size and field of view in a scan, up to 60 cm in the Siemens product.

“For example, this morning we looked at a testicular scan that had a big abscess,” he explains. “It was so big we couldn’t get it in one field of view, so using the extended field of view, we were able to scan the whole scrotum and see the relationship of the normal and abnormal areas.”

Turf wars
The increased use of high-frequency ultrasound is beginning to turn the heads of other modalities. That’s not exactly a news flash to those in the radiology industry, but the extent to which it has progressed and the number of applications in ultrasound may raise an eyebrow.

The most publicized example is ultrasound’s role in breast imaging. Ultrasound now is considered a very strong adjunct to mammography and, while it may never be used for screening purposes, it has a definite role in the future of breast cancer detection. Higher frequency transducers and new software packages available today allow clearer delineation of smaller cysts in the breast.

Acuson’s Jedrzejewicz sees this trend getting stronger as the benefits of high-frequency ultrasound are further explored.

“What’s driving this trend is not only that [breast cancer] is a very important disease that we need to get a better handle on,” he added, “but also that ultrasound can produce high-resolution images and hemodynamic data and allow a biopsy to be performed on the spot. The cost of ultrasound also is lower than many other examinations.”

“Musculoskeletal MRI requires the patient to be very still,” says Elizabeth Dubois, clinical specialist with Agilent Technologies Inc.’s Healthcare Solutions Group (Andover, Mass.). “A lot of musculoskeletal pathololgy is only seen during movement. So, with ultrasound, you can watch a patient’s tendon slide and move while you’re imaging it.”

in imaging for temporomandibular joint syndrome (TMJ) patients and salivary glands, which require more specific training to obtain the images and interpret them accurately, because they involve imaging soft tissue next to dense bone.

“We also are able to see more now in the para-thyroid glands, which are the smaller glands located on each lobe of the thyroid,” Dubois says.

Siemens’ Whisler says there is work being done in Hong Kong to look at using high-frequency ultrasound to review rib fractures instead of X-ray or MRI.

Cine storage
If the advantage of ultrasound vs. MRI is the ability to image anatomy in motion, the drawback is the difficulty in storing that motion and reviewing it as one would with still images. Without that ability to store and recall, it can be difficult to explain to a referring physician what was seen in an ultrasound exam. Historically, ultrasound images have been stored on videotape, but there are some ultrasound systems that allow users to store short digitized cine loops for archiving and later viewing.

Today, the archive capacity to store ultrasound is rare, but as with any computer-related field, it’s improving extremely rapidly. The question is: Will it be available for upcoming PACS installations?

“One of the issues we have to deal with is the designation from the National Electronics Manufacturers Association (NEMA) of how much compression will be allowed for diagnostic images,” Brown points out. “That is still up in the air and some companies are talking about levels of JPEG compression, but you have to keep in mind, JPEG was not developed with medical imaging in mind.”

A few good sonographers
Brian Garra, M.D., professor and vice chairman of the department of radiology at the University of Vermont (Burlington), is one of several clinicians to note that operator dependence is much higher with ultrasound than with MRI, making the quality images harder to acquire with ultrasound.

“You need a thin slice and near-field focusing and broad bandwidth,” Garra says. “Some of the new ultrasound systems might produce images that would pull people away from MR, which is expensive and makes people claustrophobic. You can do ultrasound in your office and cut the radiologist out of the loop.”

Acuson’s Jedrzejewicz says ultrasound’s operator dependence is this technology’s major drawback when compared with MRI and reports a lack of trained, qualified sonographers.

“It requires an operator that is more educated in terms of anatomy and following the abnormalities and being a better detective and picking up clues,” he points out. “I think the reason for this is that ultrasound is being used more extensively than before. More patients are being done by ultrasound and the need for sonographers is increasing.”

What can be done about this? Jedrzejewicz cites West Coast HMO Kaiser Permanente (Oakland, Calif.), a large HMO that was having such a problem finding sonographers, that it opened up its own training program, which is accredited.

Dubois agrees that operator dependence is greater with ultrasound and the training is limited today. Musculoskeletal ultrasound is often not covered in a standard sonographer’s course, according to Dubois.

“So you have to go to extra courses after you’ve become a registered technologist,” she explains. “And in healthcare today there are few dollars for training so you have few sonographers that are trained in this application. Whereas with MRI you can just point and shoot and that covers everything.”

Dubois did say that training in these areas is increasing and cited Thomas Jefferson University (Philadelphia) as one of the leading academic centers in this field.

Ultrasound: The Power, the Portability, the Progress 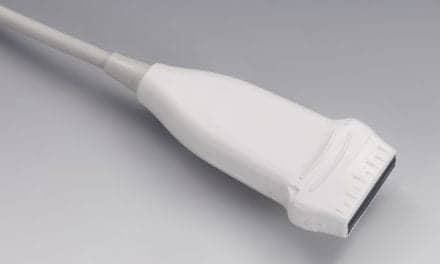 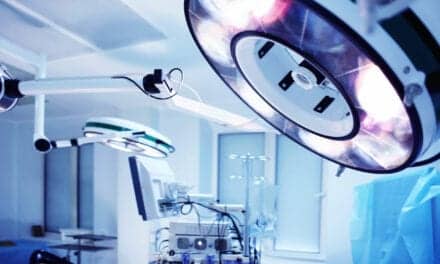