In 1895, Wilhelm Roentgen discovered x-rays, for which he received the first Nobel Prize for Physics in 1901. Over the past hundred years or so, x-rays have been used to visualize normal anatomy and abnormal pathology for diagnostic purposes. The initial medical applications of x-rays were in conventional radiography and fluoroscopy. The advent of computer technology led to the development of CT and digital subtraction angiography (DSA). An important recent trend is the use of imaging technology not just for diagnostic purposes, but also for performing interventional therapeutic procedures.

In the United States, more than 250 million imaging procedures are performed each year, and the medical benefits to patients are enormous. The use of x-rays for imaging purposes, however, also exposes patients to ionizing radiation.

X-rays are at the high-frequency (short-wavelength) end of the electromagnetic spectrum. X-rays travel at the speed of light (300,000 km per second) in a vacuum. The most important property of x-rays, and all other forms of electromagnetic radiation, is that they can be thought of as occurring in discrete bundles of energy called photons. The energy of a photon is proportional to the frequency of radiation; low-frequency radiation (such as radio waves and microwaves) has very low photon energies, whereas high-frequency radiation (such as x-rays and gamma rays) has high photon energies. Photon energies are measured in eV. For example, the red end of the visible spectrum has a photon energy of 1 eV, whereas the blue end has a photon energy of 3 eV.

All matter in the universe is composed of atoms, which combine to make molecules. To break apart any molecule requires at least several eV of energy. Visible light, therefore, does not have sufficient photon energy to break apart most molecules. Ultraviolet radiation, x-rays, and gamma rays, however, all have sufficient energy to break apart molecules. These types of radiation are termed ionizing, since when molecules are broken apart, they form positive and negative ions. Ionizing radiations have the ability to break apart biologically important molecules such as DNA in exposed cells and can cause harm. As a result, the amount of radiation received by patients undergoing x-ray examinations needs to be quantified to estimate the possibility of harm.

The strength of a beam of x-rays is quantified using exposure in mR, which is a measure of the ability of an x-ray beam to ionize air. Exposure is related to the source of radiation, and may be used to predict how much energy a given material will absorb. In diagnostic radiology, for example, an exposure of 0.5 mR will generally blacken an average screen-film combination to produce a satisfactory radiograph. In fluoroscopy, where the x-ray beam is on continually to generate an image on a monitor, the amount of radiation delivered to an average-sized adult patient is normally 1 to 3 R per minute.

When a beam of a given strength, as measured in mR, reaches any absorbing medium, the amount of radiation depends on the density and atomic number of the absorber. For example, lead will absorb more radiation than air because it has a much higher density as well as a higher atomic number. The absorbed dose, measured in mrad, quantifies how much energy is absorbed from an x-ray beam. In diagnostic x-rays, an exposure of 1 mR will result in an absorbed dose of about 1 mrad in soft tissues such as muscle. The same exposure of 1 mR will result, however, in an absorbed dose of about 4 mrad in bone; bone is denser than soft tissue, and has a relatively high atomic number because of the presence of calcium.

For radiation-protection purposes, the pattern of energy deposition is quantified by the introduction of a quality factor. Biological harm is measured as the dose equivalent (expressed in mrem), which is a product of absorbed dose and the corresponding quality factor. For x-rays, mrad and mrem are numerically identical, but for exposure to alpha emitters, an absorbed dose of 1 mrad would correspond to a dose equivalent of 20 mrem. Alpha particles are deemed to be 20 times more harmful than x-rays for the same energy deposition.

Patient doses in radiography primarily depend on the entrance skin exposure, the size of the x-ray beam, and the sensitivity of the organs and tissues that are irradiated during the radiographic examination. The patient effective dose takes into account the dose to all the organs that are irradiated during a radiological examination, as well as their sensitivity to radiation. The patient effective dose is proportional to the entrance skin exposure, and also depends on the x-ray penetrating power. The patient effective dose is also (approximately) proportional to the exposed area of film and to the total number of films generated. The body region being examined is another important factor for determining the patient dose, with the trunk of the body being the most radiosensitive. The extremities are the least radiosensitive, with the head having a sensitivity that falls between these two extremes.

More complex radiographic examinations, such as barium contrast studies, involve the use of fluoroscopic imaging as well as the generation of spot films of selected anatomical regions. The entrance skin exposure rate for a typical patient is relatively high (1 to 3 R per minute), and exposure times are normally measured in minutes. As a result, examinations involving fluoroscopy have radiation doses that are markedly higher than those encountered in simple radiography. Important determinants of the patient dose during examinations that use fluoroscopy include the duration of fluoroscopy and the number of spot films generated.

Table 2 provides approximate effective dose values for common examinations employing fluoroscopy, which normally require the administration of barium contrast to visualize the gastrointestinal tract. Typical radiation doses for these more complex procedures are on the order of hundreds of mrem. It is important to note that the dose for any specific examination can vary markedly from the values listed in Table 2 depending on the type of equipment being used, the duration of the fluoroscopic examination, and the number of radiographs generated. Another important factor that would need to be considered is the size of the patient, with larger patients requiring more radiation to generate the image.

CT is one of the most important imaging modalities from the perspective of exposing patients to ionizing radiation. In the United Kingdom in the 1990s, CT accounted for only 4% of all radiological examinations, but generated over 40% of the collective patient radiation dose attributable to medical exposure. In large hospitals in the United States, CT typically accounts for 10% of all procedures, yet contributes more than two thirds of the collective radiation dose. Patient doses for CT studies depend on the choice of radiographic techniques (mA, scan time and peak kilovolts), the total length of the area being scanned (number of sections and section thickness), and the body region being scanned.

The advent of multislice CT makes it much easier to scan patients in a very short time, and utilization of this modality will continue to increase markedly. For the foreseeable future, an individual patient’s CT doses are likely to increase, and the relative importance of CT for medical exposures will also continue to grow. The benefits of multislice CT are likely to be substantial, with head-to-toe coverage offering excellent resolution in all planes. This modality is expected to replace many conventional radiographic examinations, except those where very high resolution is required (such as extremity radiography).

Interventional radiology studies the vasculature and potential pathologies by means of catheterization performed using the transfemoral artery technique. Most interventional procedures are considered to be of a diagnostic nature; the objective is to identify a clinical problem. In addition, an increasing proportion of interventional neuroradiologic procedures may be categorized as therapeutic, with the procedure being undertaken to treat a condition.? Examples of therapeutic procedures are the obliteration of a brain aneurysm using detachable coils, or the dilation of a blocked coronary blood vessel. Imaging in interventional neuroradiology is normally accomplished using fluoroscopy, digital spot imaging, and DSA.

Interventional procedures require good image quality, long fluoroscopic times, and a large number of images to visualize and evaluate vascular pathology. Patient doses in interventional radiology are, therefore, very high, and the induction of deterministic effects (such skin burns, loss of hair, and the induction of sterility) is a distinct possibility. Patient doses in interventional radiology are usually reported in terms of a maximum entrance skin dose to measure the probability of inducing a deterministic effect, as well as an effective dose to quantify the risk of stochastic effects such as cancer induction and genetic effects on the patient’s offspring.

Table 4 lists typical patient doses in interventional radiology and cardiac imaging. For both of these examination categories, diagnostic examinations are differentiated from therapeutic procedures, with the latter normally resulting in higher patient doses. The data in Table 4 clearly demonstrate that patient doses are much higher than in radiography, fluoroscopy, and CT. On the other hand, it is important to note that the corresponding benefit to the patient from these studies is generally sustantial. Many therapeutic procedures literally save lives, and the price paid by a patient in terms of required dose is generally well worth the substantial benefit to be derived from the study. n

NOTE: Part II of this article will cover the biological effects of radiation, the effects of digital radiology on patient doses, and patient protection.

National Council on Radiological Protection and Measurement. Exposure of the US Population from Diagnostic Medical Radiation. Bethesda, MD: NCRPM; 1989. 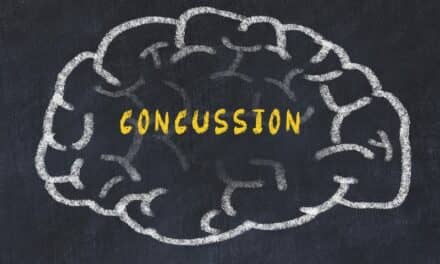