Oncologic Imaging of the Liver

The liver is one of the most common targets for oncologic imaging. The organ may be the site of the primary tumor, but more often, the search is for metastases from cancers elsewhere.

At a symposium on Oncologic Imaging for the Practicing Radiologist, presented by the University of Texas MD Anderson Cancer Center in San Antonio, Tex, in September 2003, Chusilp Charnsangavej, MD, professor of diagnostic radiology at UTMDACC, discussed imaging of hepatocellular carcinoma (HCC), which is one of the world’s most common malignancies, causing an estimated 1 million deaths per year. Although in the past HCC was not seen frequently in the United States, Charnsangavej cautioned that this situation will change because of the increases in predisposing conditions such as alcohol abuse and chronic infection with the hepatitis B or, especially, hepatitis C viruses. In fact, the incidence of HCC has almost doubled in this country in the past 20 years. 1

An HCC usually develops in a cirrhotic liver, and the challenge for the radiologist is to differentiate the cancer from regenerative nodules and from other lesions such as hemangiomas and metastases.

The goals of imaging of a newly diagnosed HCC are to determine whether:

Sonography has been a popular method of looking for HCC. Typically, the cancer has a mosaic appearance with peripheral lucency, a lateral shadow, and posteriorenhancement. 1 Color Doppler scans often show a network of small blood vessels and a pulsatile waveform in the feeding artery. Dilation of the portal vein and thesplenic and superior mesenteric veins may be apparent in patients with portal hypertension. 1 Use of contrast medium can improve the differential diagnosis of HCC, metastases, hemangiomas, and abscesses. 2 Other techniques that improve the sensitivity and specificity for HCC are echo-enhanced power Doppler, 3 coded harmonic imaging with contrast enhancement, 4 and wideband harmonic gray-scale imaging with galactosepalmitic acid contrast. 5 All of these methods have problems identifying lesions smaller than 1 cm. 6

The diagnosis of HCC from CT scans is made on the basis of the hemodynamics of injected contrast medium, with multiphasic scans being acquired. 7 The hypervascularity of most of these tumors and their usual derivation of a blood supply from the hepatic artery means that they are best seen on early scans after rapid administration of a large bolus of contrast. The characteristic mosaic pattern and the tumor capsule are then visible, and any areas of necrosis or hemorrhage are apparent. The arterial phase is particularly good for identifying small lesions. 8 During the portal phase of the scan, on the other hand, the tumor may be hypodense or even isodense. The pattern of contrast uptake and washout can usually distinguish HCC from metastases, nodular hyperplasia, and other lesions 9 and may provide clues to the extent of tumor differentiation. 10 Multidetectorarray scanners are even more accurate, 11,12 and use of the data for multiplanar volume renditions and maximum intensity projections allows better measurement of the total tumor burden. 13

Magnetic resonance imaging with dynamic fast scanning after rapid intravenous administration of gadolinium contrast is another option. A useful protocol is T2-weighted fast spin-echo with fat saturation and multiphasic gadolinium-enhanced two- and threedimensional T1-weighted gradient echo. 14 The tumor capsule is better appreciated on T1-weighted images, whereas the internal architecture of the tumor, including any areas of hemorrhage or necrosis, are more visible on T2-weighted scans. Burrel and associates 15 have found MR angiography to be the best modality for staging of HCC measuring 1 to 2 cm, and Kanematsu and colleagues 16 reported that MR is capable of depicting diffuse HCC. For HCC of all types, an indication of the degree of malignancy can be obtained with superparamagnetic iron oxide (SPIO; ferumoxides), which is taken up by the Kupffer cells of the reticuloendothelial system. Such cells are present in well-differentiated, but not moderately and poorly differentiated, HCC. 1

Few studies have been done in HCC using positron emission tomography (PET) with fluorine 18-labeled deoxyglucose (FDG). This modality may distinguish well from poorly differentiated cancers and is a good method for detecting extrahepatic metastases. 1

A radiologist in the United States is far more likely to be asked to image the liver of a patient with cancer to determine if there are any metastases than to search for HCC. As many as 30% of patients dying of cancer have hepatic metastases, and among patients with gastrointestinal cancers, 40% have liver lesions as their initial presentation.

In a patient with newly diagnosed cancer, the physician wants to know whether there are metastases and, if so, how many and where. The physician is then in a position to determine if the disease is resectable and whether any of the newer treatment techniques such as percutaneous ablation are appropriate. Later, the radiologist will be asked to determine whether the cancer has recurred.

Another option is MRI. 17,18 Characteristically, metastases show an enhancing peripheral ring immediately after gadolinium contrast administration. 18 Colorectal cancer metastases are moderately hyperintense on T2-weighted images and hypointense on T1-weighted images. The sensitivity of MRI to this type of metastasis can be improved by dynamic contrast-enhanced studies. Typically, the metastases, which derive their blood supply from the hepatic artery, display high signal during the arterial phase and lower signal during the portal venous phase, when the normal hepatic parenchyma, supplied primarily by the portal vein, becomes prominent. A newer option is ferumoxides, which are not taken up by metastases. 19 Such tissue-specific contrast agents may aid in preoperative planning. 20

FDG-PET and radioimmunoscintigraphy with technetium Tc 99m or indium In111 labeled monoclonal antibodies against carcinoembryonic antigen (CEA) are being explored as tools for identifying colorectal cancer metastases. Many of the reported studies of PET are compromised by small patient numbers or lack of histopathologic confirmation of the diagnosis, but the technique appears useful in identifying extrahepatic metastases in patients being considered for partial hepatic resection. 21 Radioimmunoscintigraphy with 111In-labeled antibodies, in which metastases appear as areas of low uptake, has proved less accurate than CT. 22 Scans with 99mTc-labeled monoclonal antibodies against CEA-derived antigens, in which metastases appear as areas of increased isotope uptake, have shown a sensitivity as high as 75% and a specificity exceeding 90% 23 but have not found wide acceptance.

At the September meeting, Paul M. Silverman, MD, professor of diagnostic radiology at MD Anderson and the symposium organizer, spoke of the several advantages of multidetector array CT scanners for identifying and assessing hepatic metastases. These scanners can cover the same area with thinner sections or depict a larger area with thinner sections in the same time, thus making whole-organ imaging a practical reality. Contrast enhancement can be optimized for each patient with computer automated scan technology (CAST), and threephase imaging is predictably possible: hepatic arterial, late arterial (portal venous inflow), and hepatic (portal) venous. The first phase images are the template for constructing CT angiograms. The second set of images is best for depicting hypervascular tumors, while the third is best for hypovascular tumors. Arterial-phase studies will reveal 30% more lesions than are depicted by classic CT scans, and 6% of metastases are visible only on arterial-phase images. Finally, the greater speed of multidetector scanners makes the procedure more acceptable to patients and increases department throughput.

Imaging of the liver is frequently called for in the cancer patient. Numerous options are available, and the choice depends on the particular clinical situation and the equipment available. 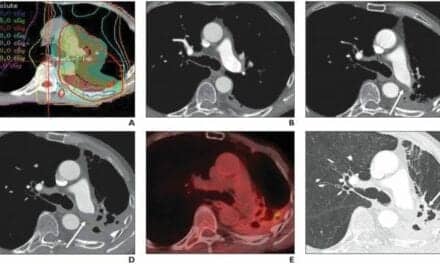