Is Something Rotten in the State of Radiology?

The author urges readers to examine carefully for legal and ethical soundness any arrangements for leasing CT and MRI facilities to referring physicians.

In January 17, 2007, the Attorney General of the State of Illinois filed a lawsuit against 11 outpatient imaging centers located in the Greater Chicago area, alleging that leasing arrangements with referring physicians into which the centers had entered violated the Consumer Fraud and Deceptive Business Practices Act, as well as Illinois’ anti-kickback law, the Insurance Claims Fraud Prevention Act. This legal action was the major story in the Chicago Tribune, appearing on its front page under a large headline that heralded, “Doctors Took MRI Kickbacks, Suit Says.”

“Something is rotten in the state of Denmark,” said Shakespeare’s Hamlet, and indeed, it appears that something may be rotten with the MRI/CT scan industry in Illinois. The Illinois Attorney General has charged that certain radiologic facilities recruited referring physicians to join in a kickback scheme wherein physicians received $400 or more, simply by referring a patient to the facility for an MRI scan, without having performed any service to justify the payment. According to the lawsuit, the referring physician and the radiology facility enter into a sham lease arrangement that, it is alleged, is nothing more than a subterfuge utilized to cloak and hide the kickback paid for the referral.

Certain kinds of lease arrangements for performance of high-tech medical imaging are permitted under the law. But abuses of the law, how-ever, are clearly not permitted. The courtroom is the appropriate forum where all parties—government prosecutors and defendant-radiologic facilities—will air and carefully analyze the details of these arrangements to determine which are legal and which are illegal. It is entirely possible that some, if not all, of the defendants—along with some, if not all, of the referring physicians who are not yet named in the lawsuit—will be found guilty of illegal activity. If they are, they should be appropriately punished as mandated by the law. However, it also is possible that some, if not all, of these defendants and their physician associates may be found innocent of any wrongdoing. Fortunately, news media will scrutinize the litigation process and will keep the public apprised of developments. In the meantime, let us be cautious about prejudging the guilt or innocence of the defendants.

But the law is one thing; ethics is another. Ethical values and legal principles are closely related, but ethical obligations typically exceed legal duties. The American Medical Association’s Code of Medical Ethics states that “Payment from or to a physician solely for the referral of a patient is fee-splitting and is unethical.” In fact, fee splitting is illegal in Illinois and at least 36 other states and is a cause for revocation of a physician’s medical license. The Code of Medical Ethics of the American College of Radiology holds that “radiologists shall not divide radiological fees either directly or by any subterfuge.” There is no denying that all physicians, radiologists and nonradiologists alike, must put the welfare of their patients before their own personal welfare. There is no denying that MRI examinations, when medically indicated, should be referred by physicians to radiologic facilities where the imaging equipment is state-of-the-art, where the personnel are properly trained, and where the interpreting radiologists are well credentialed and competent. Referral of patients for such examinations without appropriate indication or to facilities that are suboptimal is immoral, if not blatantly illegal. Referrals to radiologic facilities must be quality-driven, not money-driven.

There is no denying that in the short run, the image of many physicians, both radiologic and nonradiologic, will be tarnished. There is no denying that although this lawsuit is limited to Illinois, law enforcement officials throughout the nation will be closely watching its progress in the court system and may, in the foreseeable future, initiate their own legal action. While the wheels of justice are turning, what should radiologists and other physicians do? The Illinois Attorney General’s lawsuit, irrespective of its final resolution, must remind radiologists and nonradiologic physicians of their moral responsibilities and obligations to patients. All physicians should carefully examine their own practices and promptly eliminate any infractions of these responsibilities, if they exist. If indeed there is something rotten in the house of radiology, the rot must be quickly removed.

For the past century, radiologists have maintained their identity as a distinct specialty of medicine and have created a culture of pride, self-respect, and independence. Preserving the integrity of the radiology profession in the face of increasing pressures to negotiate leasing arrangements with referring physicians is but one of the many legal and ethical challenges that the radiology profession has in the past confronted and overcome. Let us not allow the leasing phenomenon to sully this integrity.

Leonard Berlin, MD, FACR, is chairman of the Department of Radiology at Rush North Shore Medical Center, Skokie, Ill; professor of radiology at Rush Medical College, Chicago; and a member of the Axis Imaging News’ Editorial Advisory Board. 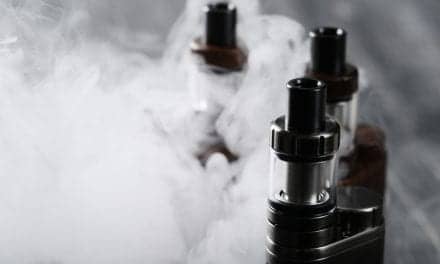