There’s nothing like the right idea at the right time to turn an uncertain business proposition into a stroke of genius. Or, more simply put, in the world of medical imaging, necessity will always be the mother of invention.

For Cathrine Keller, MD, and the staff of Lake Medical Imaging (Lake County, Fla), capturing the vast majority of the area’s fertile ultrasound business proved no more difficult than giving area physicians a choice they couldn’t pass up. It was just that easy.

“It became clear to us that a number of physicians referred plenty of [imaging] patients to us, but those same physicians weren’t referring the ultrasound business to us,” explains Keller, who joined Lake Medical in 1988. As it were, the majority of the ultrasound work belonged to a competing mobile company that brought an ultrasound machine into a physician’s office and spent as much as a full day conducting studies.

Discovering why Lake Medical wasn’t acquiring the ultrasound business was a snap. Wrestling steady work away from an established company that had deep-rooted ties to physicians’ groups should have been a much more difficult problem; however, the company in question, according to Keller, was ripe for the picking. A combination of less-than-stellar customer service and lengthy report turnaround?as long as 7 to 10 days?made it a prime candidate for a takeover bid.

The situation begged for Lake Medical Imaging to become a major player in the mobile ultrasound business. Keller took the idea to Lake Medical’s Board of Directors and partners, who understood the opportunity.

“When you perform an ultrasound exam, an abnormality can generate additional work in another modality for the imaging center,” notes Keller, who says that Lake Medical’s reports usually are delivered to physicians in 24 hours or less. “We wanted to keep that additional work for ourselves rather than have it go somewhere else. Say, for example, a patient has an abnormal abdomen ultrasound. It oftentimes leads to a CT or MRI, and we’ll do it.”

A Plan in Motion

“We decided to see if we could eliminate the competition by providing our own mobile service,” says Keller, who, along with Michael S. Levine, MD, manages physicians at Lake Medical. The plan featured two major areas of concentration. First, the facility needed to recapture its share of the market. Second, it needed to keep any additional referral work in-house.

Lake Medical, which covers two hospitals and has two full-service imaging centers (a third center is scheduled for completion in February 2006), needed just 10 weeks to put the program into action. Keller and her team spent the first 4?6 weeks marketing to prospective physicians’ groups and explaining how the imaging center could provide faster, friendlier, and more comprehensive service. The tough sell that Keller expected never materialized. In fact, all but one area physicians’ group signed contracts for the new service.

“Certainly, it’s a benefit to the referring physician because he or she can have the procedures performed in their own offices,” says Keller, who received her medical degree from the University of Chicago Pritzker School of Medicine. “It’s also very convenient for the patient. The patient already knows where to go, and sometimes the procedure can be done on the same day as the other appointment they’re having.”

Surprisingly, no one at Lake Medical knew about the dissatisfaction among the physicians’ ranks until they began marketing the new mobile ultrasound process.

“It wasn’t until we started asking about their needs that we found that the volume of mobile-service reports [from the other company] came in on a delayed basis. [The other company] really put the nail in its coffin by not providing good service,” she says, adding that it “was more entrepreneurial rather than being run by physicians.”

Keller, who had no frame of reference when she put the mobile service program together, credits her ultrasound technologist?a former applications tech for GE Ultrasound?for “steering us away from certain pitfalls.”

“She owned her own mobile-imaging company before, so she was familiar with some of the problems,” Keller says of tech Julie Ganas. “But what was key to the success, aside from the marketing, is that Julie is very bright, very personable, and really understands the business and the patient-care aspect. That made a huge difference.”

Another difference, which physicians noticed immediately, was the hands-on approach that Lake Medical displayed to its clients. “I think it has improved patient care for them,” Keller suggests. “Also, if there’s an important finding, we can call them. And if they have a problem, they just call us. There is better coordination of care all around.”

An unexpected benefit came when Keller and her team learned that the majority of contracting primary care physicians were doing echocardiography. Although some of the Lake Medical staff either had to “brush up on their echo or had to learn for the first time,” she says, the extra cardiac work provided another referral stream.

The price tag for implementing the mobile service program included:

By choosing portable ultrasound machines, Lake Medical didn’t need to purchase a van with a special lift that could support a bulky machine. Now, all the ultrasonographer needs is a laptop with a probe and a lightweight luggage dolly to transport it. Also, all of the mobile ultrasound studies are imported into Lake Medical’s PACS, so they’re available to staff at any of the different imaging centers.

“We had some equipment problems initially, but we worked those out,” Keller admits, noting that Lake Medical originally chose a different ultrasound unit, but found its cardiac package inadequate.

“And we had some quality issues, but we dealt with those on a one-to-one basis where the radiologist met with the referring physician to satisfy needs and solve problems,” she says. “For example, some physicians want their reports in a specific type of format. We have been able to accommodate everything because we’re very responsive to our referral base and take care of things physician-to-physician, rather than in an administrative way.”

Keller says that Lake Medical doesn’t expect to turn a hefty profit from its ultrasound work. In fact, breaking even with its mobile service is just fine, as long as secondary referral work picks up the slack.

“What we did was create a pro forma based on the cost of the equipment and the tech. Once we had a full week of work established, we would break even,” she explains. “From the time the tech was working full time, it took about four to six weeks until we were completely booked up.

“Our aim is not to make a huge profit from the ultrasound exams,” she continues, “but to solidify our referral business, so it is accustomed to using only the services of Lake Medical. From that point of view, it has been successful.”

A lack of competition means additional business, which translates to spin-off work. “The referrers are more locked into us because we go to their offices with a smiling face, providing a good service that helps them out. They have extra questions about other exams while we’re there. It helps solidify the referral base.”

The numbers point to an idea that was long overdue. At its Leesburg, Fla, facility, Lake Medical sees about 140 patients per day, 4,200 per month, and projects to 50,400 for 2005. Its imaging center in The Villages, Fla, sees 5,550 patients every month. That projects to more than 60,000 by the end of 2005. Even more impressive is that the 110,000-patient total does not include imaging services performed at two area hospitals. In terms of mobile procedures, Lake Medical averages 100 per week during the fall, winter, and spring. That figure drops to 75 procedures per week during the summer.

“We are continuing to monitor the profitability [of the program] and confirm that things are going well,” she says. “It might even be worth losing a little bit of money for the benefits of the referral basis and spin-offs of higher-reimbursement exams we get with CT and MR.”

Keller says Lake Medical’s experience with the business side of medicine helped its program hit the ground running. “Most of our business comes from our imaging centers. We own the buildings and the equipment, and we employ the techs. We already were involved in being the masters of our own futures, so when we saw this opportunity, we were able to act quickly”?and with unusual ease, she admits. “It was not a hard sell, and that was fortunate for us. We were there and ready to do the job. It was easy to capture the business.”

Sure, it’s easy when you have an idea whose time has come.

Dave Cater is a contributing writer for Medical Imaging. 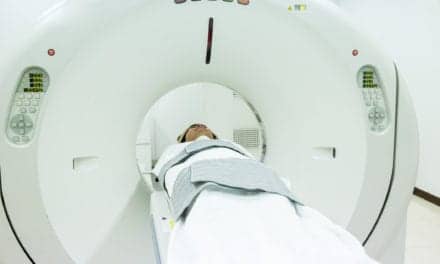 Radiology 2005: State of the Industry