This high-resolution data alone, however, does not directly improve patient care. As a matter of fact, without workstations and software tools that facilitate user-friendly image interpretation that can be seamlessly integrated with conventional workflow, the increased number of images may be a burden to the radiologists’ daily practice. There is no doubt that diagnostic radiology is shifting from conventional 2D axial image interpretation to image processing techniques including volume rendering and CAD. Tools that allow real-time, versatile visualization of medical images have already demonstrated their enormous capacity in examining 3D images of the human bodies and assisting in interpretation and diagnosis. Specifically in lung cancer, computerized techniques for early detection, accurate diagnosis, and reliable therapy response assessment utilizing thin-slice MDCT are among the most exciting clinical applications.

Lung cancer screening has gained renewed interest with greater availability of high-speed and low-dose CT scanning. MDCT offers the potential of detecting small lung nodules that may represent lung cancer metastases at an earlier and potentially more curable stage. The challenge faced, however, is the large number of these thin-section images generated from the newer generation of MDCT scanners. This relative “explosion” of images makes it difficult for a radiologist to efficiently and accurately interpret each individual image and the entire image set. Although more small nodules can be captured by MDCT, they may be missed (undetected) in the interpretation of the images by radiologists. Radiologists might not visualize small nodules for a variety of reasons: there may be too many images to read; there is, on the transverse images, a similar 2D appearance of central nodules and adjacent blood vessels that are perpendicular to the axial plane. Radiologist fatigue may play a role as well. Possible solutions include double reading of each study by two radiologists; however, this is very labor intensive.

If trained properly, computer software can tirelessly process data in any dimensions (eg, 2D and 3D) and generate reproducible findings. Computer-detected suspicious lung nodules can be marked up and displayed, serving as a second reader to improve radiologist detection sensitivity (Figure 1). In the past two decades, researchers in academia and industry have developed computer-aided detection (CAD) systems for automated identification of small nodules in the lung. One major challenge is to achieve high detection sensitivity, while keeping the false-positive rate low. In the design of these systems, these two requirements may be at odds with each other. CAD software for lung cancer detection is already available in the market. Studies have shown that CAD, as a second reader, can improve radiologists’ (at all levels) reading accuracy, and make more significant improvement in performance with the junior radiologists and residents. The successful development of CAD tools is essential to the success of low-dose CT lung cancer screening.

CT lung cancer screening has resulted in the detection of large numbers of small lung nodules. Once these nodules are detected, they need to be characterized in order to avoid unnecessary surgical interventions for those cases in which a definitive benign diagnosis can be established. The widely used two criteria for the benignancy are size stability and the presence of calcifications found in lung nodules. Doubling timethe time it takes for a nodule to double its sizeis thus considered to be a promising indicator for malignancy, because malignant nodules often grow faster. Accurate and reproducible estimation of the nodule size in high-resolution CT is therefore critical to the noninvasive diagnosis of the lung cancers (Figure 2). Other potential diagnostic characteristics including the shape-based and intensity texture-based features (eg, the variation pattern of the nodule intensity) may be developed into the computer software used to assist in differentiating malignant from benign pulmonary nodules.

Now that there are more treatment options available for lung cancer, it is particularly important to determine if a therapy is ineffective at the earliest possible time so that a second-line or third-line treatment can be prescribed and the toxicity of ineffective therapies minimized. Traditionally, tumors have been measured manually with a single diameter or two perpendicular diameters to approximate the true volume. These tumors are measured principally on CT before, during, and after therapy, and the measurements are used to assess response. Decrease in tumor size or regression with therapy is a sign of response and a better prognosis, whereas increase in tumor size suggests worsening of disease and a poor prognosis. However, the conventional measurement methods may not accurately reflect tumor changes, especially since most tumors are not perfectly round and do not grow in a round fashion. Moreover, manual measurements even performed by skilled radiologists are very subjective and not always easily reproducible.

The isotropic voxel images allow us to accurately measure true tumor volumes. A recent pilot study showed that by utilizing thin-section MDCT and computer software, changes in tumor volume could be determined as early as 3 weeks after novel lung therapies were started, whereas changes in the conventional measurements were significantly less sensitive in this same time period (Figure 3). Development of reliable 3D computer quantification methods is essential to the evaluation of volumetric technique to be used in response assessment and to the acceptance of such techniques in clinical therapeutic trials.

The roles of the advanced imaging workstations and CAD software in diagnostic radiology should not be underestimated. Isotropic voxel images can be reformatted, visualized, and processed in any number of different ways. There is no doubt that computer-aided 3D visualization, detection, and diagnosis will play an essential role in contemporary medical care. 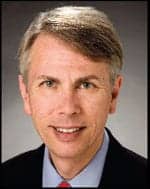