Under the Breast Density and Mammography Reporting Act, providers would be required to include breast density information in mammogram reports, allowing women to discuss with their doctors whether they should pursue additional screening. Though several states have passed similar mandates, no federal requirement currently exists.

“Early detection of breast cancer is key to survival, and women must be given every available resource to make informed health care decisions,” said Sen. Feinstein. “By requiring that patients be informed if they have dense tissue, this bill allows women to make potentially lifesaving choices about their care.”

“Preventative screenings are critically important to early detection of breast cancer, and they help save lives,” said Sen. Ayotte. “It’s also important that women have the information they need to be able to make informed decisions about their health care, and our bipartisan bill would ensure that women are informed about their relative breast density after a mammogram—giving them the option to discuss additional screenings and tests with their doctor.”

Groups expressing support for the bill include the American Cancer Society Cancer Action Network, the Breast Cancer Fund, Susan G. Komen, and Are You Dense Advocacy. 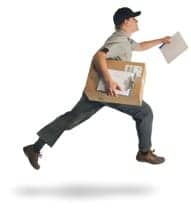