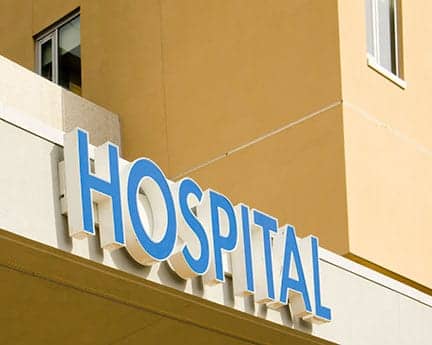 The days of separate silos may be coming to end as hospitals look to VNAs as enterprise-wide solutions to the storage and sharing of data and images.

Valley Presbyterian Hospital, a 350-bed community hospital based in Van Nuys, Calif, wants to maximize its capacity to handle an increasing volume of imaging studies and is facing a need for the storage of data it has never had before.

“Before, you had to have a PACS, a hospital information system, a radiology information system; we were focused on getting those individual components,” said Rick Sera, R.T. (R)(CT), ARRT, PACS/RIS Administrator. “Now, technology has advanced, and we’ve advanced. We realized that even though we have separate individual companies servicing our equipment in the hospital, there’s no need to have storage as individuals.”

Seeking an enterprise-wide solution, the healthcare provider turned to the vendor neutral archive space, comprised of a variety of manufacturers that hail from different specialties. Here in this marketplace, traditional PACS vendors, data migration engines, and other healthcare IT companies look to satisfy the growing demand from customers who want to take total control of their clinical content.

So what exactly makes an archive “vendor neutral”? The answer, it seems, varies from manufacturer to manufacturer, and user to user.

Nevertheless, Wilson says a newer definition is coming into play, one that moves away from the DICOM aspect of medical imaging and takes into account other clinical content. “As we move forward, if vendor neutral archives only store medical images, all you’ve really done is create a bigger silo of the rest of the patient record. You would be building another silo that’s just a bigger bucket of medical images that is difficult to share with other applications.”

Hitachi Data Systems is a relatively new player in the healthcare business space, entering the market in just the last decade. In the last 4 years, it has placed much more focus on this particular market, according to Wilson. With its Hitachi Clinical Repository, the company aims to distinguish itself from its competitors in the PACS space and data migration engines. “We never called it a VNA to start out because it does so much more,” he said, adding that its unique hardware, software, and workflow separate it from the pack of other offerings. For example, the company’s software is able to extract the metadata that is associated with the object that comes in, strip the information off the DICOM header, and put it into an XML file. “That XML file is all metadata, and you can use a portal or EHR to access the metadata to pull that back,” Wilson said. “You don’t need to have a DICOM viewer in order to read what that object is.”

According to Christopher J. Roth, MD, Assistant Professor of Radiology and Vice Chair of Information Technology and Clinical Informatics at Duke University Medical Center, Durham, NC, PACS vendors tend to add DICOM metadata to images, essentially rendering them proprietary. “It makes it more challenging to take that data, move it, and present it on a viewer that added the metadata to it,” said Roth, who is also Director of Imaging Informatics Strategy at the hospital. “With a VNA, the archive can store data without any proprietary metadata. You’re able to take an image or a series of images, store them in a VNA, and get them back the way they were put in.

“What a good VNA company will do is completely adhere to the DICOM standard and provide the ability to lay a viewer or a series of viewers to meet a spectrum of clinical needs on top of their archiving and get to the images quickly,” Roth said.

Two years ago, the radiology and cardiology departments at Duke got together and realized they had the same problem. “We had a couple of PACS that didn’t talk, that didn’t smoothly integrate with each other or the EHR we were putting in, and we wanted to be able to innovate at the viewer level without having to worry about the storage architecture,” Roth said. The departments pooled their money and put together a team to explore the marketplace: Roth, a cardiology IT physician, the radiology PACS administrator, and the director of enterprise imaging.

After sending out initial inquiries and receiving responses from 11 different companies, the team made a short list of five potential candidates. Then, they sent out a lengthy RFP of 150-plus questions, describing the features that were most important: Solutions that were completely devoid of proper storage formats, having in-production instances that were similar to Duke’s, being able to put data in and make it come out looking exactly the same as when it came in, and the ability to manage a variety of non-DICOM storage formats, such as JPEG, TIFF, video, and word processing documents.

“The vendor that we ultimately chose was scored on average 8% higher by the four people on the search team,” Roth said, adding that the hospital selected TeraMedica’s VNA solution. “Everyone else lumped to second. On the things that were most important to us, it scored the highest. And it not only took first place for the things we identified as being absolutely mission critical for us, but it also took first place for the whole evaluation. After you took a step back, looked at price, and thought about it from a gut feeling, it just worked.”

Hillcrest Hospital, a Cleveland Clinic hospital based in Mayfield Heights, Ohio, was particularly impressed with Agfa Healthcare’s ICIS VNA, which created orders akin to those found in radiology information systems. As a result, the vendor neutral archive enables the organization to implement the same kind of workflow for photographs or for ultrasound that is done in the emergency department, for example.

“We looked at it not just as a radiology solution but actually as a solution for imaging for the entire enterprise, expanding the definition of imaging beyond radiology to include things like photography,” said Cheryl Petersilge, Clinical Professor of Radiology, Medical Director of MyPractice Imaging, and the hospital’s Chair of Radiology. She added that images are collected in many departments, such as dermatology, plastic surgery, wound care, imaging modalities—such as endoscopy and arthroscopy— that are done outside the radiology department, anesthesia, emergency department, and women’s health.

At Valley Presbyterian Hospital, the chief information officer and IT project managers evaluated four vendors, taking into consideration a number of factors before ultimately deciding on Dell to handle an enterprise-wide expansion for all archiving in the organization. According to Sera, the hospital will continue to have separate archives but will see them doubled, with the 32-terabyte Dell archive as secondary storage for its 32-terabyte archive PACS from Carestream.

“Number one is always cost,” Sera said. “And then you look at the equipment itself and who is supplying it. We want to have people who know all of our systems when they come in. They can say, ‘We’re going to take over this machine now and put that under our archive,’ with minimal work on our side. In the end, it’s that we have a good feeling of partnership. It all begins with, can they technically handle what we need?”

On the other hand, Roth said price point was not an immediate concern at Duke. “We wanted to find the right solution first,” he said. “We are going to ask our partners to do things that they’ve never been asked before and most other sites won’t ask them to do, so it’s a benefit to them to be a part of us, including for marketing purposes. We were pleased to see that the vendor that we all liked was middle of the road for price.”

Roth said being completely standards based is of utmost importance. “If you’re off base with that one, you are going to struggle because once you start putting proprietary workflows around the archive, you limit yourself,” he said.

Ultimately, Roth continued, Duke was looking for a company that it had a good relationship with, that it trusted, that wasn’t interested in nickel-and-diming, and that would work with the organization so it could get everything out of the solution itself. “You can only take an RFP so far,” he said. For example, one vendor was duplicitous in its responses, including so-called customer sites that didn’t use their solution, Roth said. “The lesson learned for us was to be skeptical of promises made,” he said. “Do your homework and then do even more homework. Take a look at the data and take a look at what comes back at you. Check the gut, check the price, and if it still fits, go for it.”

Looking to the Future

Hillcrest Hospital has fully integrated its VNA from Agfa Healthcare with its electronic medical record.  “Just like a radiology study, which you can look up by an order and have a report, date, and time for the study, we can do the same thing for a wound photograph,” Petersilge explained. “We’ve got them indexed by date and time, and we’re working with our EMR vendor to try to bring in clinical content. Just like you have the radiology support, we’re working to bring a pseudoclinical report for all these other imaging modalities.”

The hospital is thinking of the bigger picture, Petersilge continued. “We’re really using it as an imaging strategy solution, not just a VNA in terms of an archive that can accept images from any vendor,” she said. “We’re the next step in the evolution of the VNA.”

According to Petersilge, adoption of the VNA was generally seamless, and the network of 10 hospitals is currently in the lengthy process of migrating old studies from its proprietary archive over to the VNA. “We also have a short-term archive for the diagnostic system,” she said. “We’ll actually be able to view some of the images through the VNA even though they are not available in our diagnostic system. That’s turning out to be a big plus for us.”

Currently, Duke University Medical Center is also in the process of migrating data—radiology now, to be followed by cardiology. Other specialties, such as ophthalmology and pathology, are showing interest as well.

“The real win in all of this actually is with the gazillion other sites that capture one-off images, like scope cameras, bronchoscopy, endoscopy, clinical ultrasound. There are myriad different ways that we capture images around the organization, and then they are stored on, hopefully, secure thumb drives,” said Roth. “From a compliance and a trust perspective, you know that [your vendor] is doing their job well when you build an archiving process for everyone. Rather than knowing that there are dozens to hundreds of ultrasounds around your organization and you don’t know where the pictures are going.”

Sera said there is no way to tell for sure that a VNA will be as robust as it needs to be a decade from now. “Nobody knows that as far as I know,” he said. “We can all project into the future. But the idea is that we have something from a company that will be around in the future. As technology advances, they will support us in advancing their technology that they’ve already installed, and continue to install new technology as we go on. You can’t always predict what’s going to come in the future, but you have to be prepared to go to that next level.” 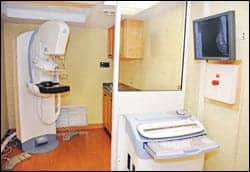 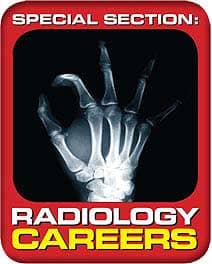 DR and CR, Today and Tomorrow