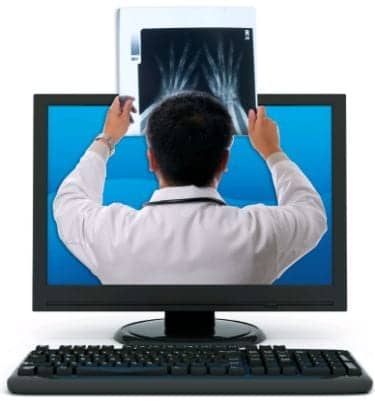 Diagnostic Radiology, based in Springfield, Va, has recently opted to convert to a completely digital imaging environment. In addition to its Springfield location, the group has facilities in Alexandria and Lorton, Va. Stephen Hersh, MD, medical director, has been in private practice with Diagnostic Radiology since 1976, and continues to oversee all three locations. Diagnostic Radiology chose Viztek’s advanced Opal-RAD PACS and DR system to make the conversion. They sought technology that would help support the group’s rapidly growing patient base in a variety of modalities, while delivering quality exam results and fast report turnaround. Yet the change does not come without its challenges.

Susan McDonald, Diagnostic Radiology’s marketing manager, pointed out that the facility has experienced some growing pains. “We have just begun the move from analog to digital imaging, so the PACS is new to Diagnostic Radiology.” Kristi Hurst, operations manager, added, “There are many patients and doctors out there who do everything electronically and are pleased that finally Diagnostic Radiology is making the change. However, there is the other side, too; people who are less comfortable with technology and resistant to change. From a business standpoint, it is time that we made the switch. It makes more sense for where we are going with the company as we expand.”

Why convert now? “In this day and age, doctors and patients need faster, more convenient care that includes radiology imaging services. Many doctors are already used to doing things paperless, and moving from film to CD and online studies will better serve our referring doctor’s needs,” said Hurst. “Being able to provide faster and, in some cases, better images is an attractive feature for physicians when they are choosing where to send their patients for studies, especially when cases are urgent and results are needed immediately. It allows us to serve our patients and referring physicians much more quickly and efficiently.”

With the benefits come some hurdles, too. “The challenges are mostly the staff and physicians learning and transitioning smoothly to a new way of doing things,” said Hurst. “There are always going to be bumps in the road when making a major conversion like this, yet with good training we’ll be up to speed in no time.”

Installation poses additional obstacles. “We’ve also faced a lot of construction hiccups that Viztek was very flexible with,” said Hurst. “Our biggest challenge is ahead of us, and if the last two offices that we’ve fit out are indicative of what we can expect from Viztek, then I know we are in good hands and the future is looking good.”

According to Chris Lucius, chief operating officer of Diagnostic Radiology, “We chose Viztek after reviewing all of the available systems out there. GE, Siemens, Philips, and so on. The Viztek team of people were very impressive and trustworthy. Not only was their product competitive in the technology department and financially, but their employees were just as interested in this being the right fit as we were.”

Lucius said that in the past, some vendors have made promises that they simply have not kept. “Complex service agreements, navigating webs of departments for service. These are the things that frustrate private practices,” said Lucius. “We have smaller units from the big brands and have service issues. It would make sense that when we were looking to purchase three digital x-ray units, the frustration would only be greater. Viztek has the type of ‘old school’ business ethics we expect, and so far they’ve delivered 100%. In short, we chose Viztek because they were priced right with the right product and the right team of employees to take care of us.”

Quality of service was the final deciding factor. “We knew that with a complete transition to digital workflow and a much larger patient load, it was absolutely crucial that we had a vendor we could rely on to customize our installation to meet our needs and to deliver ongoing support,” said Lucius. “Viztek fit the bill.”

Who Ranks in RIS and PACS?

KLAS is a research firm specializing in monitoring and reporting the performance of health care vendors. Their mission is to improve delivery by independently measuring vendor performance for the benefit of health care provider partners, consultants, investors, and vendors. KLAS conducts more than 1,900 health care provider interviews per month. Working with over 4,500 hospitals and more than 3,000 doctor’s offices and medical facilities, the research firm rates over 250 health care technology vendors and over 900 products and services. They publish approximately 40 performance and perception reports per year.

Recently, KLAS released a new report on ambulatory RIS and PACS solutions titled “Ambulatory RIS/PACS: Integrating Provider Needs.” It includes information from over 500 facilities about their RIS and PACS vendors. The report combines RIS and PACS findings in the same document to create a more comprehensive look at both markets in a way that mirrors how providers shop for solutions. In general, providers are looking for vendors that offer not only functionality, but also smooth integration between a RIS and PACS. According to KLAS, to achieve integration some providers are willing to sacrifice functionality.

Monique Rasband, KLAS research director and author of the report, said, “Integration means increased provider satisfaction when looking at the combined RIS/PACS markets. However, there are a couple of exceptions to that rule. Single-side vendors that offer only one side of a RIS or PACS solution like MedInformatix and Intelerad do exceptionally well in the RIS and PACS markets, respectively. Since they do not need to focus on integrating a RIS and PACS solution, single-side vendors can hone in on functionality.”

Providers say they are also very satisfied with vendors offering a single-database RIS/PACS. Vendors like CoActiv, DR Systems, and Infinitt offer the perks of tight integration—including consistent look and feel of the PACS and RIS, easy maintenance, and, in some cases, lower cost. CoActiv is the top scoring PACS vendor in the report, but was not ranked because it is a regional solution. Intelerad IntelePACS was the top ranked system, and Infinitt moved up seven spots this year to take the number two spot in the ambulatory PACS market.

It appears that vendors that offer RIS and PACS on a separate database have more trouble with integration and providers report being less impressed with them. For example, according to the report, GE and Agfa have yet to achieve a satisfactory level of integration. Agfa is the most vulnerable PACS vendor, and GE is the most vulnerable RIS vendor. Not only do these vendors struggle to integrate their RIS and PACS, but according to KLAS, their service is also below par.

Fuji is an exception and impresses providers in both the RIS and PACS markets. It scored second in RIS and third place in PACS, which is very rare. Although not on a single database, providers believe that it performs similarly to a single-database system.

Interestingly, market consolidation and poor vendor performance are driving nearly one in 10 providers to switch vendors. Other providers are suspending their acquisitions due to uncertainty in the market. In the future, providers are concerned with seeing some new development from their vendors. “Providers want to see vendors adding new modules like mammography viewing, and they want good Web-based functionality—as well as upgrades that come out on time and are well tested,” said Rasband.

To learn more about the ambulatory RIS and PACS markets, as well as the strengths and weaknesses of the participating vendors, the report “Ambulatory RIS/PACS: Integrating Provider Needs” is available for purchase. Visit www.KLASresearch.com/reports. 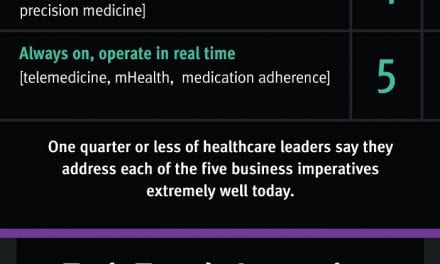 Infographic Explores Healthcare at the Speed of ‘Now’