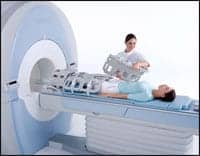 A wealth of new information supports targeted use of MR in breast cancer patients. In addition to three studies published in the early part of the year, which cumulatively indicate that high-risk women and those who have been diagnosed with breast cancer would benefit from MRI, the American Cancer Society (ACS) also published guidelines for who should—and should not—be screened with the modality.

Released in the spring, the ACS Recommendations for Breast MRI Screening as an Adjunct to Mammography clarify that, based on existing evidence, MR should be used for breast cancer screening only in individuals with a BRCA mutation; those who are first-degree relatives of BRCA carriers, but have not been tested for the gene; and anyone with a 20% to 25% or greater lifetime risk for breast cancer, as defined by BRCAPRO.

The ACS also published the expert opinion that recommended performing annual MR screenings on those who received radiation to the chest between 10 and 30 years of age, as well as individuals with—or first-degree relatives of those with—Li-Fraumeni, Cowden, and Bannayan-Riley-Ruvalcaba syndromes.

The society also stated that women with less than a 15% lifetime risk of developing breast cancer should not be screening using MR technology.

Physicians at the Mayo Clinic in Jacksonville, Fla, conducted two separate studies examining the impact of MR on women with breast cancer. The first examined the modality’s propensity for detecting new tumors in the contralateral breast, while the other compared MRI to mammography in detection of ipsilateral breast cancer.

Findings were presented at the annual meeting of the American Society of Clinical Oncology (ASCO) in June. Manuscripts are in the process of being drafted for future publication.

When looking at the breast known to have a malignancy, Mayo researchers studied 390 women undergoing preoperative MRI and discovered 31% had ipsilateral findings that required biopsy. In 52% of those women, additional ipsilateral cancer was detected, representing an overall incidence of 16%.

Those women also tended to be younger or had a primary breast tumor that was at least 1 cm in size. Researchers discovered that in 29% of patients, the newly diagnosed cancers were of a different subtype than the initial tumor.

“This is an important finding because breast cancer tends to be more aggressive when diagnosed in younger women,” said Laura Vallow, MD, the study’s lead author and a radiation oncologist at Jacksonville’s Mayo Clinic. “This suggests that younger women who want breast-conserving surgery to treat newly diagnosed cancer may benefit from an MRI scan of the entire breast.”

Turning their attention to the patient’s supposedly healthy breast, the clinicians analyzed MRI results for 401 women with newly diagnosed breast carcinoma. Those cases in which a contralateral abnormality was identified only by MRI were analyzed to determine the incidence of contralateral carcinoma. They found that MRI detected tumors missed by mammograms in 13 patients, or 3.2% of the participating women.

In contrast to the ipsilateral study, the women who had MRI-detected tumors in the opposite breast tended to be postmenopausal. There was also more likelihood that the tumors found would be common, ER+ tumors.

“This data is really stressing the importance of MR in the workup, in particular in those patients who have a newly diagnosed cancer,” added Vallow.

These findings mirror those published by the American College of Radiology Imaging Network (ACRIN) in the New England Journal of Medicine, which concluded that MRI detected contralateral breast tumors in 3.1% of patients that had been missed by mammography. Data on 65 Mayo patients were included in the study.

Titled “MRI Evaluation of the Contralateral Breast in Women with a Recent Diagnosis of Breast Cancer,” ACRIN Protocol 6667 sought specifically to determine whether MRI could improve the ability to accurately diagnose possible cancers in the opposite breast at the time of the initial diagnosis.

“The ACRIN study asked the focused question, ‘Is it likely there is cancer in the other breast and it was missed by diagnostic mammo exams?’ And the answer is yes, in the proportion that we reported,” said Constantine Gatsonis, PhD, the study’s statistician and director of Brown University’s Center for Statistical Sciences, Providence, RI. “The size and scope of this study—which followed nearly 1,000 women receiving care in a variety of medical settings—mean that its findings are definitive and broadly applicable.”

Researchers discovered that MRI scans of women who were diagnosed with cancer in one breast detected more than 90% of cancers in the other breast that were missed by mammography and clinical breast exam at initial diagnosis. The researchers found that the 88% specificity of MRI was significantly better than had been reported in other studies.

MR identified a variety of breast cancers: 60% were invasive and 40% were ductal carcinoma in situ (DCIS). None of the cancers discovered by MR had spread to the axillary lymph nodes.

Not only did MR detect the cancer in the contralateral breast, but it did so regardless of the woman’s physiology. At the outset, ACRIN researchers thought that a woman’s age, menopausal state, or breast density might affect the ability of MRI to find cancers. That was not the case. MRI proved equally beneficial for women regardless of menstrual status, type of breast tissue, or type of cancer.

The ACRIN study, which was supported by the National Cancer Institute, part of the National Institutes of Health (NIH), scanned a total of 969 women. Of those, 121 received a positive MR finding and 30 were diagnosed (through biopsy) with invasive cancer in the breast that had been previously determined to be cancer-free.

“That makes a lot of sense to me as a scientist. Why would anybody think the cancer would go to only one breast?” said Bob Giegerich, director of the MR Business Unit for Toshiba America Medical Systems. “Everyone worries about it metastasizing to the bone, but the other breast is the kind of tissue the tumor likes, so why would it not go there first?”

Many in the industry are hopeful that continued studies showing the benefits of MR in high-risk and already diagnosed women will encourage insurance companies to begin reimbursing for the procedure.

“This study does have policy implications,” Gatsonis said. “It was a hefty enough subset of women who were found to have cancer in the other breast that MRI now should be one of the procedures considered when someone is diagnosed with breast cancer, as far as I’m concerned. In the context of the costs of breast cancer therapy—because these women will go on to receive therapy—an extra MR of the breast is nothing.”

Performing MR on those diagnosed with breast cancer might actually reduce the long-term costs of treatment, according to several of the researchers. Detecting all cancers simultaneously could result in fewer rounds of chemotherapy or require only one surgery instead of two.

Currently, the biggest hurdle to clear is the gap between the costs of the two procedures. According to the NIH, insurance companies pay between $85 and $150 for screening mammograms and between $800 and $2,000 for MRI scans. Employing MR as a screening tool also slows the magnet’s throughput.

“When you use MR, it can take 20 minutes, whereas a skilled technologist can do a mammogram in 5 minutes, and it is a much cheaper machine. In today’s world, financial reality comes first—especially with the Deficit Reduction Act of 2005 (DRA),” said Giegerich, adding that mammography was the only procedure whose reimbursement didn’t get cut under the DRA. “If MR starts being reimbursed, it would become the screening modality of choice overnight, because it is more sensitive and more specific, has no radiation, and is not painful for the women.”

Not all radiologists see such a dramatic shift in the future. Many believe mammo continues to offer the best “first step” in identifying breast cancer in all types of women.

“Most radiologists are very firm about the idea that MR is not going to replace mammography, but that it is just going to be used as an adjunct,” said Vallow. “Our radiologists will not read an MRI without having had a mammogram done within 6 months, because they claim the mammogram is actually a road map that helps them read the MRI.”

Even so, she has no doubt the future of breast imaging is to incorporate breast MRIs into workups of women with newly diagnosed breast cancer.

“I think it will become part of the standard management eventually,” she added. “That is a huge ‘eventually’ because one of the obstacles we have to overcome is that MRI technique is not standardized among institutions.”

Vallow believes the pending accreditation process currently under development by the American College of Radiology will help resolve this issue and allow for more uniform interpretation across imaging centers and hospitals.

While no one can predict exactly which path breast MR will travel, one thing is certain: Positive results from studies are driving up interest in imaging centers eager to reap the financial rewards associated with the procedure.

However, including breast MR in the range of services is considerably more complicated than simply starting to schedule appointments—even for facilities that already have a scanner on-site.

“People are going to want to do it, but they’re going to want to do it cheap, and that doesn’t work. You have to have a multichannel coil, a qualified tech, and a CAD/CAM to analyze the data—and that’s if you already have a magnet that is less than 3 years old,” said Giegerich. Older MR systems are not capable of being adapted to perform the scan properly. “When you tell someone that [the cost] will be $250,000, and that’s just a round number, they look for ways to lower it.”

One way of installing breast MR on a tight budget is to purchase only the breast coil. While it is possible to perform exams in this way, the facility would be unable to analyze the data or perform biopsies.

“My question then would be ‘Why did you buy the coil?’. I don’t think it’s fair to the patient, because now you’re going to tell the woman that you see a suspicious lesion, but you can’t biopsy it. I think that’s unconscionable,” he continued, stressing that facilities need to be prepared to offer the full range of breast MR-related services. “Otherwise, you are just dabbling in it, and I don’t think you should dabble in something as serious as breast cancer.”

Looking forward, researchers are eager to learn more about the potential MR holds for women suffering from breast cancer. The ACRIN group is helming numerous studies, including one looking at the predictive value of MRI in therapy.

“The next step in breast MRI is to try to prove that it actually impacts patient outcomes. People who oppose its routine use question if it is clinically significant … does it justify spending so much time, energy, and money to evaluate and work up?” she said. “Our next task is to prove whether the disease we are finding with MR is clinically significant and affecting overall outcomes for the patient.”

Dana Hinesly is a contributing writer for  Medical Imaging. For more information, contact . 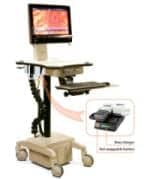