The Art of the Deal

Launching a radiology enterprise requires an abundance of money. Although venture capital firms rank among the most advantageous sources of the requisite sums, convincing those organizations to bestow their cash unfortunately has proven to be a formidable challenge for many radiology entrepreneurs.

Bill McPhee, managing partner of Medical Imaging Innovation and Investment (Mi3) in Wellesley, Mass, a venture capital firm, offers insight as to why that is so. As many as nine out of 10 proposals for capital submitted to Mi3 are characterized by bad writing, including vague language, missing details, and insupportable claims. “The poor quality of so many of these proposals is a continuing source of disappointment for us,” says McPhee, who reviews an average of 20 cash pleas per month. “Some of these proposals are unintelligible.”

“We want to see data to support the entrepreneur’s assertions of the market potential for the proposed product or service he or she will be introducing,” Hutton says. “We also want supportable projections of how much momentum can be generated by the product or service after its rollout.”

McPhee says one of the first things he looks for in a proposal is a feasible plan for powerfully marketing the enterprise.

“I’m attracted to start-ups that can show me a strategy allowing fast enough growth so they can seize a significant amount of market share in a hurry, yet do it in the most cash-effective manner possible,” he says. “I also insist on some discussion of the ability of the start-up’s competitors to introduce a superior product and put the start-up out of business.”

“I need to know everything relevant about the people who will form the management team: what business experience they have, what their clinical knowledge of the proposed product is,” Hutton says. “Ideally, it will be a management team that has a track record of taking imaging-related start-up companies and rapidly turning them into successful enterprises.”

It may be helpful to have a radiologist on the management team, for some venture capital firms are heartened to find clinical expertise represented among upper echelon personnel, believing it will give the start-up a vital extra measure of legitimacy in the eyes of potential customers. Other venture capital firms, however, find nothing inherently beneficial about the participation of individuals with medical credentials.

“Perhaps one of every two proposals we receive lists a radiologist or some other type of physician among the management team, either as the CEO or as an active advisor, but we don’t attach more weight to them because we know that every person is an individual in terms of the set of entrepreneurial skills he or she brings to the table, and we think that is a more important fact to consider than merely whether someone is an MD, a PhD, or an MBA,” McPhee says.

McPhee identified the following basic questions that must be answered when considering whether to fund a particular proposal:

Most radiology entrepreneurs submit their proposals unsolicited. That is acceptable practice, but some experts say it can be more effective to approach a venture capital firm through an intermediary, someone who possesses an established relationship with that particular funding organization.

A decision on proposals submitted via the auspices of an intermediary may come in as short a time as a week. Those submitted over the transom can expect a response in approximately 3 to 6 weeks, according to experts.

“The exact length of time varies from proposal to proposal,” Hutton says. “In large measure, it depends on the complexity of the technology and of the market, because we have to investigate those carefully through our due diligence process.”

Venture capitalists almost never take at face value the assertions and projections made in a proposal, Hutton assures. “Before committing a single dollar, we engage in extensive due diligence consisting in part of a thorough assessment of the technology and regulatory environments by our own network of experts to satisfy ourselves that the start-up in question has a realistic chance of success,” she says.

Different venture capital firms have different methods of conducting such evaluations. McPhee, for example, will not disclose the particulars of how his firm handles that process, but allows only that he relies on “a relatively sophisticated assessment system to identify the enterprises that will satisfy our criteria. With insights supplied by a number of radiology experts concerning market conditions and technologic developments of import, we’re able to keep up on developments in the radiology field and avoid making decisions in the dark.”

(Utilization of that capability may have been what led Mi3 to grow cold to an investment it was near to making in cooperation with a second venture capital firm, Ampersand Ventures. The two organizations were attempting to buy the assets of a mammography company. After many long months of negotiations, the deal abruptly unraveled. McPhee hints that the venture capitalists balked after determining that the technology at the heart of the proposed acquisition was not as far along the development path as initially believed and that manufacture of the product would have proven unacceptably nettlesome.)

Not much information is available about the contents of the 20 or so proposals that Mi3 receives each month; McPhee cites confidentiality rules that prohibit him from discussing the specifics of what is in them or even the names of individuals and companies that have submitted them.

However, he is not reticent when generalizing about the proposals he has recently weighed. “The authors of those solicitations are asking for help with products ranging from agents that would assist in assessing tissue viability, to modality adaptations that would improve the sensitivity and specificity of detection of breast and other tumors,” he says.

McPhee says Mi3 expects to announce a consummated investment deal soon with one or more of five companies topping the list of start-ups in which the firm is keenly interested. “We are currently at the letter-of-intent stage with two of them,” he says. “The amounts of money requested by these five entrepreneurial firms are relatively small as radiology-related venture capital investments go, ranging from $250,000 to $2.5 million.”

Entrepreneurs often dispatch their proposals to several venture capital firms simultaneously, intending to sign with whichever one responds first or, preferably, offers the most money with the fewest strings attached. However, some suggest that it is acceptable, wise even, to accept funds from two or three different venture capital firms at the same time.

“This tends to dilute the power that the venture capital people can exert over your company as a condition of giving you their money,” says radiology entrepreneur Cherrill Farnsworth, president and CEO of HealthHelp Inc in Houston. “It also brings more expertise to the boardroom, which is why venture capitalists don’t usually object to having another firm or two represented there.”

For many radiology entrepreneurs, a problem is finding the right venture capital firms to solicit in the first place. The place to begin such a search is the public library. Available in the reference section are directories and online databases that list venture capital firms, searchable by industry type, valuation amounts, and geographic area, experts say. “A good source is the directory, both the print and Internet versions, published by the National Venture Capital Association,” McPhee says.

Another reliable guide is Pratt’s Venture Capital Digest, also available online and in print. This volume describes the size of each venture capitalist’s fund pool and the amount of the average investment made. It includes a section solely on venture capitalists who invest in health care companies, and provides the name and phone number of the person to contact to initiate consideration of proposals. “Venture capitalists must pay to be listed in Pratt’s,” Farnsworth says. “If they’re in this directory, it’s because they’re actively looking for start-ups to invest in.”

One other publication worth examining is the journal Venture Capital & Health Care, an up-to-date resource for names of firms receptive to over-the-transom submissions of business plans, experts say. “It also tells you which firms are backing away from health care investments at the moment,” Pearl says.

Experts advise radiology entrepreneurs to choose their venture capitalists with care. Farnsworth recommends entrepreneurs affiliate with venture capital firms blessed with deep pockets. “If your company hits an unexpected bump in the road, you want to have a backer who can readily afford to put in more money to see you past that snag,” she explains.

The choice of which venture capital firm to embrace often is based not on what the investor can do up front for the young company but, rather, on what it can do for it at the end. Many start-ups that rely on venture capital intend at some point to become a publicly traded company. That being the case, the best venture capitalist to use is someone with good contacts on Wall Street and a track record of successfully conducting an initial public offering, a number of experts argue.

Farnsworth believes in the merit of checking references before working with a venture capitalist. A few individuals and investment firms come with a reputation for jumping ship or staging a management coup at the first sign of trouble. These should be avoided, she says.

For radiology entrepreneurs who play their cards correctly when soliciting for financial support, a partnership with a venture capital company can be a positive experience.”

Venture capitalists are very smart people, they have a good instinct for a winner, and they can make decisions as to whom to fund very quickly,” Farnsworth says. “You have to give them your best shot, because you very likely will have only one shot to prove you have something they ought to invest in.”

Rich Smith is a contributing writer for Decisions in Axis Imaging News. 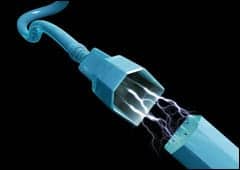 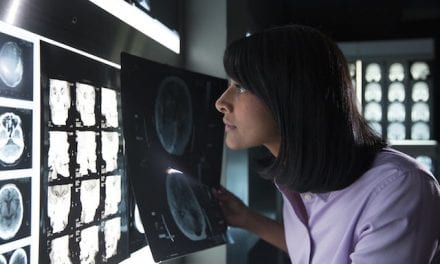