When used to treat pediatric patients with intracranial malignant tumors, proton therapy may limit the toxicity of radiation therapy while preserving tumor control, according to research presented at the American Society for Radiation Oncology (ASTRO) 55th Annual Meeting.

This study evaluated the largest reported group of pediatric patients treated with proton therapy. The 70 patients in the study ranged in age from one to 20 years and were all treated with involved-field proton radiation at the Massachusetts General Hospital in Boston from October 2000 to February 2011. Forty-six of the patients (66 percent) had a gross total resection, meaning that the tumor was completely removed; and 24 patients (34 percent) had a subtotal resection, meaning that only a portion of the tumor was removed.

Upon patient follow-up at 46 months after proton therapy treatment, the three-year local control was 83 percent; progression free survival (PFS) was 76 percent; and overall survival (OS) was 95 percent. The researchers found that subtotal resection surgery correlated with decreased PFS (54 percent) and OS (90 percent), compared to the patients who underwent complete tumor removal prior to proton therapy, who had a PFS of 88 percent and an OS of 97 percent. 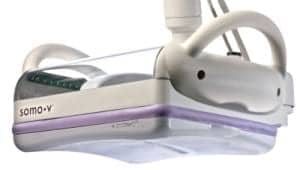