Ultrasound: The Power, the Portability, the Progress

Ultrasound?or sound waves too high-pitched for the human ear to detect?is a safe diagnostic tool used in healthcare to sense everything from aortic aneurysms to unborn babies. Fast and inexpensive, noninvasive ultrasound carries neither ionizing irradiation nor patient-safety side effects traditionally found with more invasive procedures. Today’s ultrasound professionals face an array of impressive tools, and the technology is growing exponentially.

As manufactures pioneer new and innovative machines?for everything from cardiac imaging to 4-D neonatal imaging?ultrasound’s medical uses are unlimited. From portable ultrasound to real-time image viewing, the demand for the latest technology means ultrasound trends are literally changing with the seasons.

The way the world sees unborn babies has changed drastically during the past 35 years. The first ultrasound used on pregnant women enabled fuzzy fetal imaging at best. Still, ultrasound practitioners?and expectant moms?were thrilled more about the ability to simply see the baby and less about the image’s quality. The medical feat, of course, was that pregnancy ultrasound enabled a view of the baby without ionizing irradiation and related embryonic toxic effects. Compared to those early images, what physicians can see now is beyond impressive?it’s downright staggering. Today’s ultrasound choices give healthcare leaders a remarkable selection of new products from which to choose when determining the ultrasound product that is right for their medical practice.

With the advent of “live-action” 4-D technology?offering 3-D views?this real-time imaging allows physicians and sonographers an up-close-and-personal view of fetal development and potential complications with internal organs or tissue.

For the latest upgrades in ultrasound, look no further than Siemens Medical Solutions (Malvern, Pa), which, in late September, announced the launch of the Acuson Antares System, Premium Edition, for OB/GYN practices. The new edition is a complete ultrasound system that includes everything from comprehensive clinical capabilities to user-friendly ergonomics. Most notably, the Antares system provides a higher-quality fourSight 4-D ultrasound imaging technology solution for increased clinical needs. The noteworthy development of the new EV9F4 endovaginal transducer could reduce patient exam time by 30 minutes, and the 173? field of view is capable of enhanced 4-D viewing as well.

In May, GE Healthcare (Waukesha, Wis) launched a new revolution in fetal heart monitoring. The Voluson 730 system with Volume ultrasound capability can assist fetal echocardiography during a standard ultrasound exam. The system is based on Spatial Temporal Image Correlation, which gathers a volume of data that is then viewed in real time. Physicians can see an entire fetal heart cycle from start to finish, including the workings of the heart chambers, the fluttering of the heart valves, and the flow of blood in the heart and its vessels.

The Heart of the Matter

Cardiovascular technologists who specialize in echocardiography are able to use more and more noninvasive alternatives to detect subtle differences between healthy and diseased areas. In September, Philips Medical Systems (Andover, Mass) launched the HD11 XE cardiology ultrasound system. The HD11 XE comes with a range of ergonomic features, including voice-activated control and automated image-optimization technologies. It also is capable of 3-D imaging of the beating heart and viewing of cardiac anatomy.

Recently, biomedical engineers at Duke University’s Pratt School of Engineering (Durham, NC) created a new 3-D ultrasound cardiac imaging probe. Inserted inside the esophagus, the probe creates a picture of the whole heart in the time it takes for current ultrasound technology to image a single heart cross-section. With research funded by the Heart, Lung and Blood Institute at the National Institutes of Health (Bethesda, Md) and by the National Science Foundation (Arlington, Va), the research on the probe could lead to making 3-D cardiac imaging the norm in everyday use.

Stephen Smith, PhD, a Duke University biomedical engineering professor who specializes in ultrasound imaging and was part of the study, said the team developed the probe specifically for use in hospitals and healthcare facilities. “In my opinion, all ultrasound is going toward real-time 3-D. We have been the pioneers, especially with endoscopic and catheter probes,” he says. “The whole industry will start to use 3-D imaging routinely for any orifice or blood vessel in the body. We can generate sharp, high-contrast images of the whole heart and position heart catheters and ablation devices.”

The Duke probe generates sharp, high-contrast images of the whole volume of the heart, which both shortens patients’ time in clinics and results in fewer images. The probe generates ultrasound at 5 million vibrations per second; it positions heart catheters and ablation devices at the same time. According to Smith, two other exciting new advances in 3-D imaging are currently in the works at Duke and include:

Portable ultrasounds are all the rage, and why not? Whether due to financial issues or space demands, being able to use the same system in a variety of locations is more than a financial incentive?it also makes sense for improved patient access across a variety of locations. For starters, GE Healthcare provides the compact Logiq Book XP, a portable platform that features on-the-go scanning with high-quality imaging. With clinical versatility, it is a better choice for a smaller facility that needs to use ultrasound in a number of departments. It features everything from preset applications with the attachment of a probe to portable memory storage and wireless DICOM and printing.

SonoSite Inc (Bothell, Wash) is leading a sweeping change in how portable ultrasound quality is perceived. With the recent launch of MicroMaxx?a portable ultrasound machine with imaging quality that is equivalent to the images in cart-based systems?the company is helping to shape a new era in ultrasound. MicroMaxx is so durable that the company offers a 5-year warranty rather than a traditional service plan. This reduces the expense inherent in a long-term service contract, a feature that cost-conscious facilities seem to like.

“It’s an extraordinarily flexible but precise instrument for diagnostics,” explains SonoSite spokesperson Steven DiMattia, senior VP of Enhanced Valuation Communications (New York). “MicroMaxx weighs only eight pounds and is roughly the size of my laptop computer. It is able to run on batteries for up to four hours, boots up in 12 seconds, and will continue to function after being dropped on a hard surface.”

DiMattia further explains the benefits of this crossover of performance and portability as well as how this expands ultrasound’s use into new clinical arenas. For example, an ICU patient no longer needs to be transported to the imaging lab, because the intensive care specialist can access critical point-of-care information right at the bedside. Likewise, hand-carried ultrasound in the emergency department can be used to speed the diagnosis of a critically injured patient?from detecting fluid in the abdomen to identifying the presence of an aortic aneurysm. Finally, for the smallest of patients, this ultra-compact machine is a benefit in the especially delicate environment of the neonatal ICU.

“It’s not an ‘everything’ system,” Wilson cautions. “It’s good when I need a system in-between the [Siemens Medical Acuson] Sequoia and the [Philips Medical] iU22. It offers bigger images and more capability for penetration. It’s great for situations in the operating room or at the bedside, where we can wheel equipment without interrupting other patient equipment that might be in the way.”

Although the MicroMaxx provides better penetration, it’s still not right for larger patients. “For big, solid patients?and not every patient weighs 200 pounds, I’m being realistic?it just doesn’t have the capabilities of the Sequoia. But it’s a great portable system and a good tool in the ICU and for other interventional procedures, though.”

Due to recent space limitations in the thyroid clinic, Wilson also is considering purchasing the hospital’s fifth MicroMaxx. “Looking at the neck is very superficial. The MicroMaxx is battery-operated and would be very time-efficient for wheeling around the thyroid clinic.”

Has the system met his wishes as a radiologist? Wilson is undecided. On one hand, it features the portability he seeks; however, the system is not quite at the level of everyday use. “Five or ten years ago, my vision was to have an ultrasound system with the sophistication to be able to go upstairs right to patient rooms. You could take the transducer and plug it in right at a patient’s bedside, so all you would need was a machine that had a keyboard, monitor, and transducer to download into the system downstairs,” he says. “MicroMaxx is basically the compromise between my original wish in that it’s mobile and DICOM. Maybe the big systems like [those from] GE and Philips should be able to unhook from the main systems and be more similar to SonoSite’s offering.”

Jonathan Edwards, RN, BSN, RVT, CVN, clinical manager at The Cleveland Clinic, says he found the answer to his vascular surgery needs when he purchased the z.one system in June.

“In my opinion, Zonare has delivered a system that is comparable to the major ultrasound systems. The z.one is the best out there in the portable unit market, and I would be comfortable using it as my ‘everything’ unit,” he says. “Being a vascular technologist, you like being in front of the user-interface system that you’re comfortable with. The cart can be at any location, and you just need the battery-powered, 5.5-pound scan engine, which you can use when you need to go portable. When you see the 5.5-pound device and compare it to conventional ultrasound, it is shocking that you are getting the same image quality.”

Although Edwards has not yet been faced with the penetration issues of a larger patient, he says that, “If I can’t perform a tough abdominal exam because of the patient’s size with the z.one, then I would probably have trouble with every machine.”

Also, he needed a portable unit that not only travels easily around the facility, but also meets his needs from a quality standpoint. “Before Zonare, [I couldn’t find a manufacturer] out there that could deliver it. The z.one performs exams equal to what we do on a conventional ultrasound,” he says.

Not all configurations are “one size fits all,” so not all end-users are happy with the same systems. Take, for example, an issue as simple as a trackball versus a touch pad. For Edwards, it was one of the deciding factors to switch from SonoSite to Zonare. “The touch-pad feature was the biggest annoyance on other systems. Get rid of those touch pads, and give me the trackball,” he says. “All manufacturers should make products so that the configurations are variable; that way, the end-user has the ability to configure the device the way they feel comfortable. Talk to us?the technologists?not just the application specialists; we’re the end-users who work with patients day in and day out.”

But keep those technology improvements coming, of course. After all, a new season is just around the corner.

Elaine Rigoli is a contributing writer for Medical Imaging. 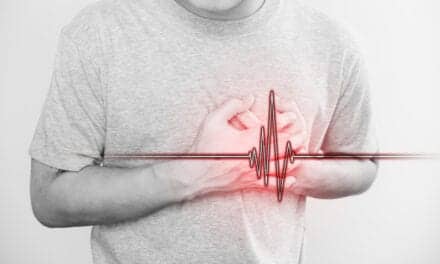 A Capital Budget Proposal for Ultrasound